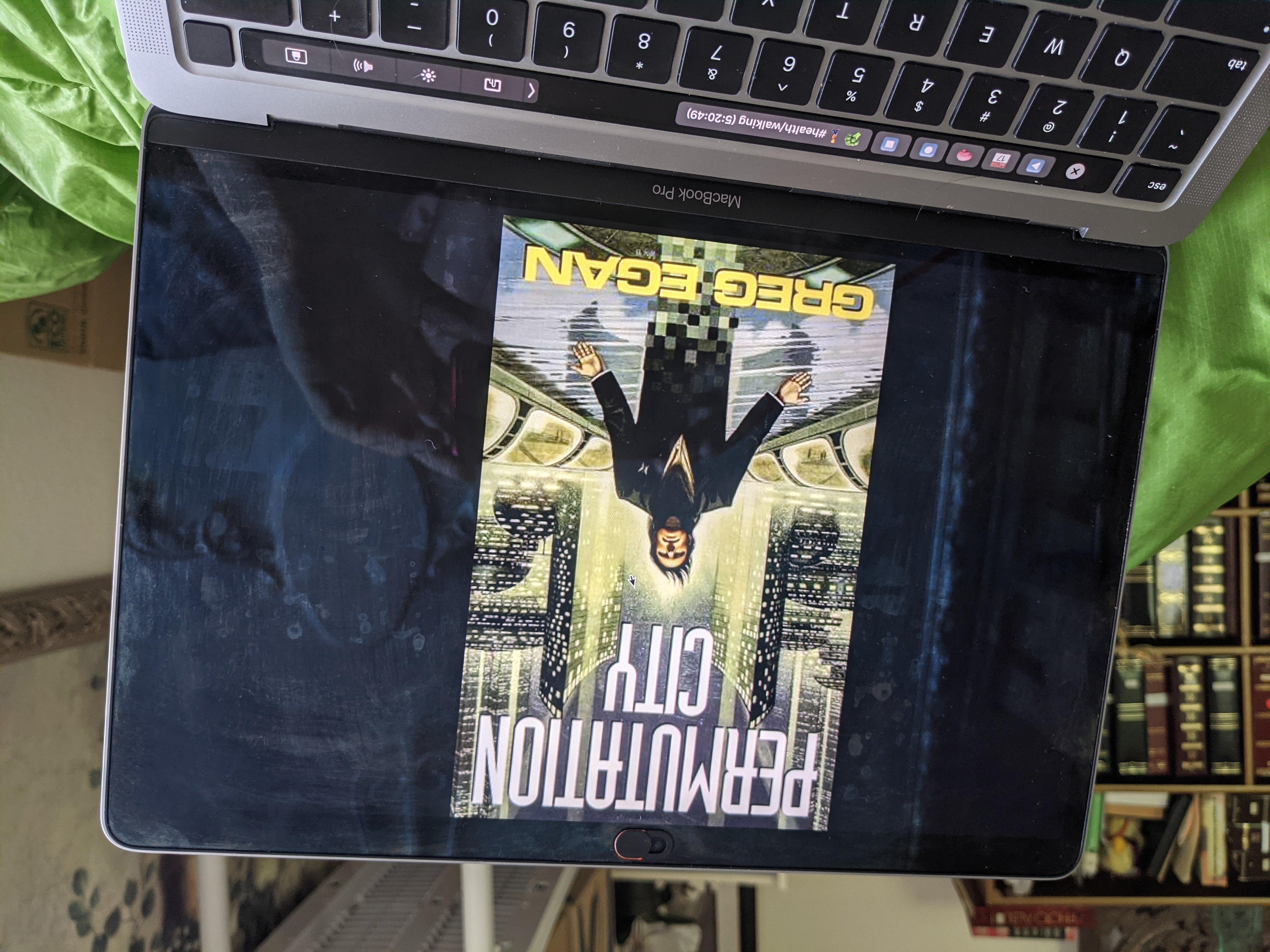 It's been a while since I've read this book but there's an idea from it that I still think about a few times a week: Dust Theory.

To me, Dust Theory is the most important idea in this book. I feel like readers who don't love digging into exactly how sci-fi technology is working might gloss over it, so I'd like to explore my understanding of it here.

If you could perfectly map a human brain, including the position and connections of all its neurons and the action potential stored in those neurons and the epigenome in each neuron's nucleus, and you had a computer capable of simulating all of that, would that virtual brain be conscious?

If you're a strict materialist the answer is "of course, because conscious in brains arises from a purely physical process so there's no reason why a simulated brain wouldn't also be conscious."

But now this brings to question what's so special about a regular silicone-based computer. At its core, a computer just moves electrons around to represent state. What if we built a computer that stored state another way, like an abacus or infinite rocks in an infinite desert?

If you've followed dust theory this far, then what's the stop you from picking and arbitrary set of particles of dust to represent your state in such a way that the dust will play out your computation? For example, if I'm trying to compute 1 + 1 = 2, I could pick eight rocks to represent eight binary digits and say that if a rock was on a cliff its value was 1 and if it was in the ocean its value is 0. If I define this state at just the right time just before a horse happens to kick two rocks off the cliff, then I've found a computer that is simulating addition.

In Dust Theory, every very possible conceivable computation is happening all the time if you just pick the right set of dust particles to observe. It's a sort of practical way to represent a multiverse being simulated from a single universe.

This conclusion seems sort of ridiculous but I've had trouble finding the flaw in its argument. Is there something transcendent about human consciousness? Would a simulated mind just be a dead pile of rocks as consciousness is concerned?

Until we can break out of the matrix I don't think this question can have an answer and it may not even be answerable after we break out.

It's cool to think about though, and I enjoyed thinking about it in the context of Permutation City. It's a wonderful book that I enjoy very much.