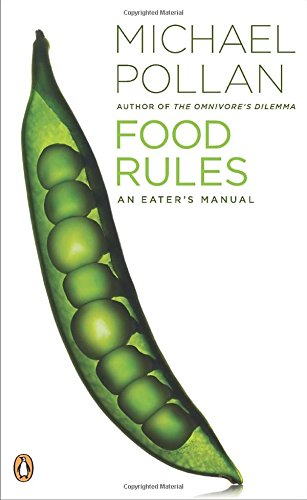 Most books go on far too long for the information they contain. Some have useful information, so it's worth the time to wade through the muck to pick out the gold nuggets of wisdom.

It's also, uncoincidentally, my favorite format of book: much like 37 Signals books or "The Personal MBA", chapters are super short (usually less than a page long), with the chapter title summarizing exactly what the chapter is about. The chapter has a nice sticky story to give you some justification and a hook to remember it, then you're off to the next page.

Authors take note: this style of book is much easier to write and much easier to digest. If you care about your readers actually implementing the stuff you're writing about (and aren't just trying to write a 300 page CV), write more like this.

The book won't take you much longer to read than this outline.

Two simple facts no one disputes:

tl;dr: don't eat food made in a factory because it kills you faster than eating whole foods your grandmother and animals eat

Part 2: What kind of food should I eat? (mostly plants) #