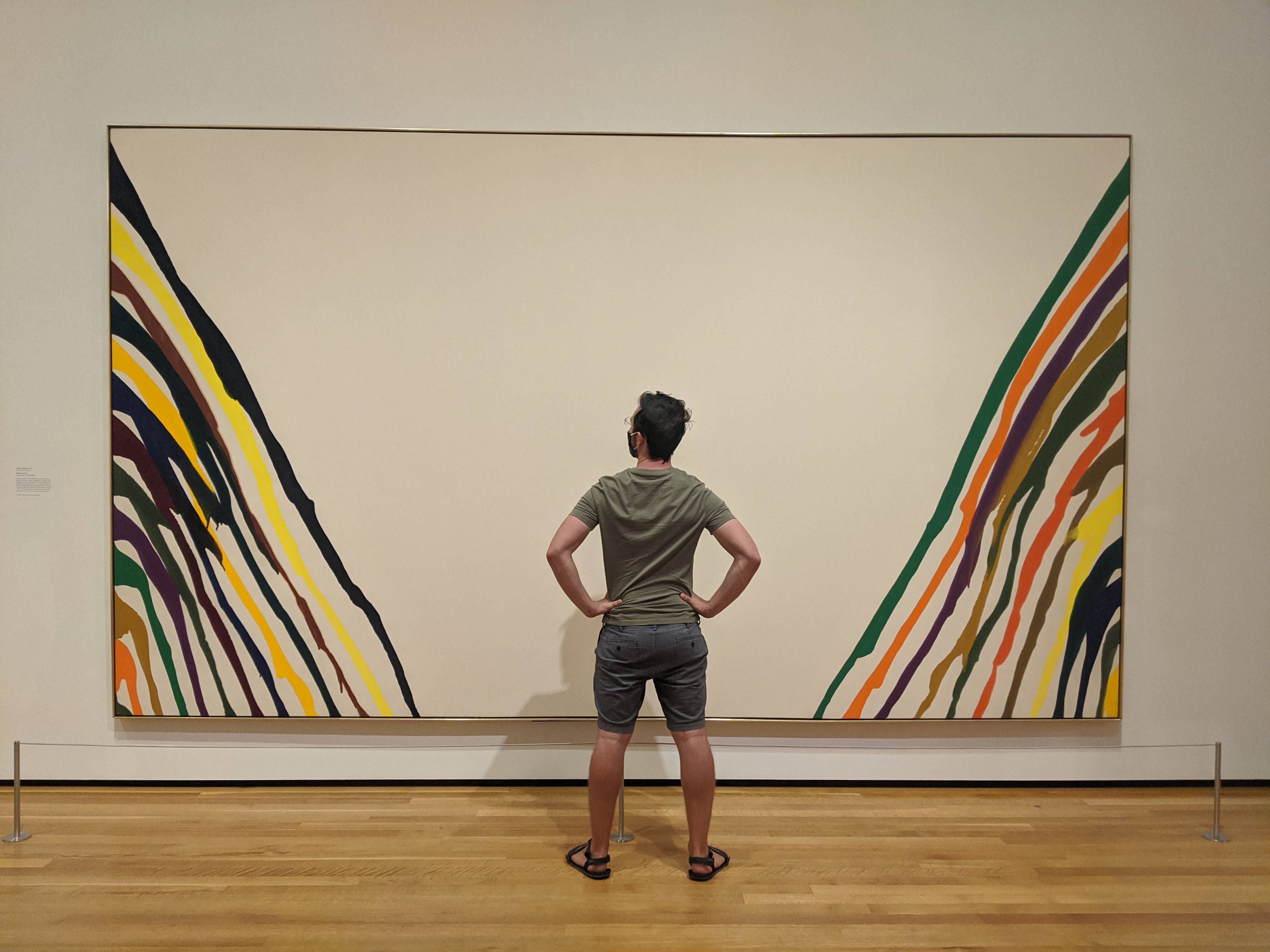 Here's a quick update for ya on what I've been working on and thinking about last month.

If you'd rather hear words come through my beautiful face instead of reading, watch this video recap instead:

Since giving a TEDx talk in 2012 on why you should learn to code I've gotten asked several times a week for advice on how to get started. Well hey, now I can be the one to teach you at Genco.School!

The lessons for HTML are out now, and CSS and Javascript are coming up next.

The Joe Rogan Experience podcast is the highest earning worldwide podcast in part, I think, because of a marketing trick I see very few other channels using: clips.

Which of these two videos would you be more likely to watch if they popped up on your recommended videos? 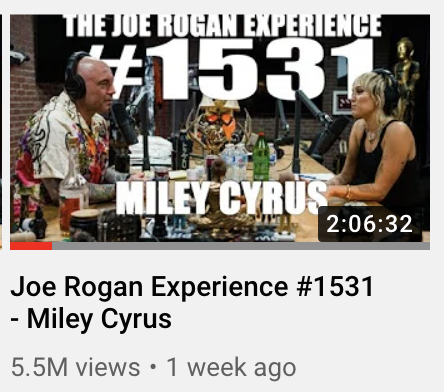 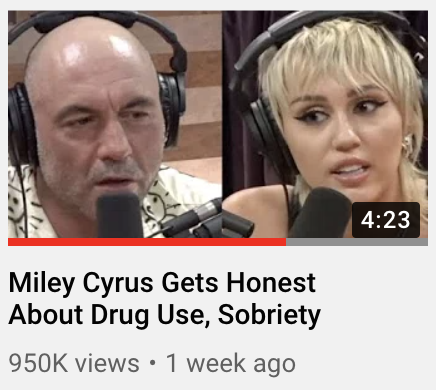 The full two hour interview looks interesting to be sure, but gosh two hours is a time commitment! You almost need to plan hour day around when that's going to happen. A snappy 4-ish-minute click-baity title and engaging thumbnail, though? Well you could watch that right now.

I know several people sitting on media vaults of this type of long form content that I think would benefit from this type of clip marketing. If you or someone you love is suffering from Rotting Media Vault Syndrome, ask your doctor if Clips.Marketing may be right for you.

3. Foolishly making my own video editor #

Video is a more accessible and engaging medium than text or audio. The more I can streamline my video production process and lower the threshold of what it takes to pop out a video, the more I'm able to engage with the world.

To this end, I've been hunting for the last several months for a video editing process that can get me from idea to published video in as little time as possible. Ideally, that process looks like:

I've tried Final Cut Pro, OBS, Loom, Kdenlive, ffmpeg, MLT, and so many others to no avail. As with what feels like most things, to get exactly what I want here I'm going to need to make it myself. I have a working prototype that I used to edit this month's update video and a video about a haunted painting I made last week. This editor needs a lot of polish and it's already very close to what I want.

The way it works is outrageous. When describing it to my tech founder friend Stefan yesterday he said "...that can't possibly work." 😅 It involves rendering videos frame-by-frame in a React app, screenshotting them with headless chrome, and stitching the video frames back together with ffmpeg. This method shouldn't work and it totally does.

In a continued experiment for what socializing looks like during COVID, I hacked together a little app to play a movie synchronized without anyone needing to download extra apps or pay for the same streaming service. The first test watching The Mask (one of the best films ever created) with Lianna worked reasonably well 😊

I practice inbox0 and rigorously track my inbox state, which gives me some cool graphs that are a proxy of how much my shit is currently together.

Currently, it's completely together! I hit the bottom of all my outstanding tasks in my personal email and customer support email for Fileinbox:

I'm a little upset at how effective the most recent tactic I tried for motivating me to get these tasks done was, in part because of how sure I was that it wouldn't work and mostly because of how simpleminded I feel that it does work.

The tactic is lifted from Tony Robbins' Awaken the Giant Within. He outlines a process of doing work that you know you should be doing but aren't by celebrating immediately after you've taken a small step in starting the thing, very much in line with some of James Clear's Atomic Habits work.

So, I tried it. Immediately after finishing a pomodoro on my customer support email, I got up and danced for about thirty seconds. I looked at myself in the mirror and smiled and said some cheesy encouraging stuff. I did some thing that, if caught on tape, would be strong evidence for getting me institutionalized.

And ya know what? It freakin' worked. HOW IS MY BRAIN THIS SIMPLE TO MANIPULATE

One of my best friends happens to be a world-renowned magician that's doing some really cool stuff in the post-COVID virtual performance space. He pitched me an idea a few months ago for a very technically challenging trick that I'm very frustrated I can't give any details about, and it was performed several times last month and WORKED!

Since I can't tell you what the trick is, here's a gif of me reacting to seeing it work for the first time.

I've been obsessed with paramotoring for the last few months. How neat is it that humans can just fly in the air like a bird?! I had written off flying an actual plane because I thought it would cost something on the order of $50k to get training and another $100k to get an old plane. The entry for Paramotoring is only about $10k, including a high-end Paramotor.

I was chatting with my friend Spencer about him finishing up his private pilot's license and realized learning to fly an actual plane is way more reasonable than I thought it was, so this is currently the next big adventure. I've got a flight scheduled with a friend in Dallas to learn more :D

I've very intentionally not re-read the Harry Potter series since they first came out (when I devoured them several times each) so I could forget some details and experience them anew. The Binge Mode Harry Potter Podcast was the perfect way to re-experience this series as an adult.

Binge Mode is a chapter-by-chapter literary analysis diving deep ("DEEP!") into the Harry Potter world. They lay out overarching themes, foreshadowing, character analysis, and obscure references that I can appreciate much more fully with an extra decade and a half of life experience since the last time I read them. UGH it's so good. I binged the entire ~103 hours in about a week.

I hear Harry Potter and the Sacred Text is a great next listen.

The majority of the last decade for me was spent romantically in two long-term relationships. The past year (with a notable two-month exception) has been the first time in my adult life when I've needed to learn how to be single again. Tons of personal growth has happened, and I'm feeling ready to intentionally open this box again.

I'm applying my usual process of gathering as much information as I can about the topic and synthesizing my own narrative around it. I'm in the middle of about a dozen books on dating, and an interesting point that keeps coming up in my research is to focus on making friends and building community instead of "dating."

French Women Don't Sleep Alone has a beautiful illustration of this concept when it contrasts the traditional French way of dating with the American-style "business interview." The French apparently place heavy emphasis on the importance of weekly dinner parties with close friends, couples, and the occasional friend-of-a-friend single man or woman who will be intentionally placed next to another friend-of-a-friend single woman or man. If they hit it off, the expected script is that the man will invite the woman on a walk so they can get to know each other better.

This strikes me as such a healthier way of meeting people than through an app. You have some built-in structure of mutual social connection, your first meeting is very low risk and low stress, you get to see how the other person interacts with other people, and it's a neutral environment where neither of you is holding status above the other (ex: by paying for dinner or drinks).

And then the walk! Such a better environment than dinner or drinks, which you can get stuck in if things are going poorly. Walks are free and can be ended early or extended later depending on how things are going and your judgement isn't clouded by alcohol (though alcohol may be a useful social technology for checking others' trustworthiness).

I'm not quite sure how I'm going to implement the French Dinner Party model during COVID, but that's looking like the most productive way forward. Stay tuned.