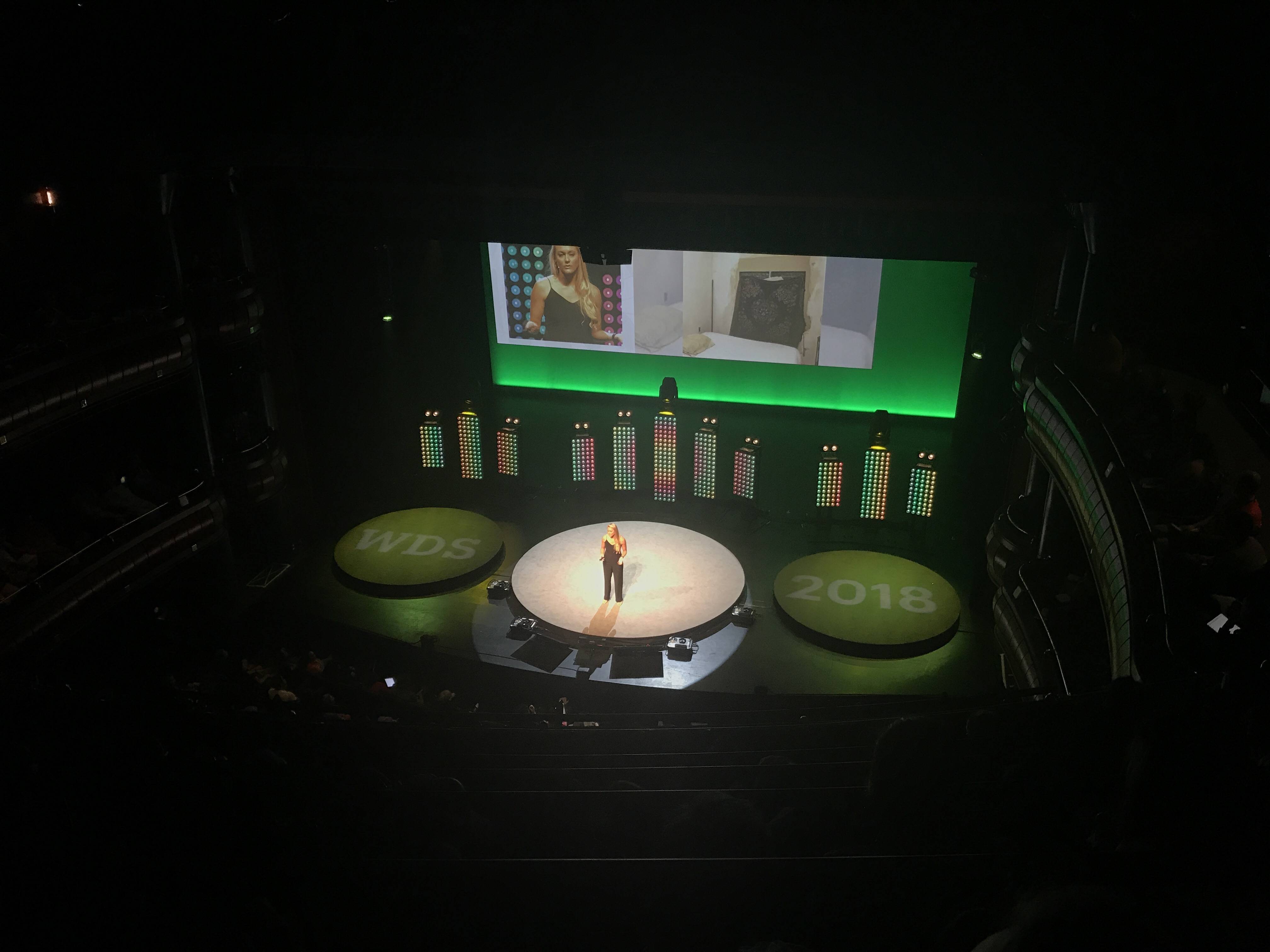 I was really disappointed with the 2018 World Domination Summit speakers.

Each talk seemed to have the same message: "you can do it! Whatever you want, you can get it if you just try harder!" This advice felt completely useless for me, but I can certainly understand the dejected frame of mind that might benefit from unconditional enthusiasm.

Additionally, I wasn't impressed with the credentials of the people speaking. Several had the sole qualification of being on a TV show, which I understand is an impressive accomplishment within that domain, but I'm not personally impressed by a person who has managed to get on TV. I don't think being on TV qualifies you as a person who can give good advice outside the domain of getting on TV, and even then there's an immense factor of luck and being picked by networks and executives playing a particular game and looking for a particular person.

To improve my life, I look for much more tactical advice that's been battle tested. If you're looking to improve your life (and I see no reason why a person shouldn't have this aim continuously), I highly recommend the works of Jordan Peterson.

That said, I found a handful of useful nuggets to take away, but not enough to buy a ticket for next year. Below are my detailed notes of both useful takeaways and exceptionally useless takeaways I found worth noting. I leave it as an exercise for the reader to determine which is which.

No sponsors or logos! WDS can do whatever it wants, like schedule a polyamo, meetup in the same place as the Christian bible study meetup, and have more female speakers than male speakers.

Oh man what a hammy enterance.

Prashant grew up in a household making $8 (a day? an hour? a year?), and was incorrectly diagnosed with an epillepsy disorder that made him fat. He also failed his first year of engineering school. His family still supported him, which helped him be more mindful of studying and diet.

He entered in a committed relationship with dancing that had a happy ending every night while in a PHD at Cornell.

Prashant worked at Intel for a few years, quit, lost his green card, got a job at Maxim Integrated, fell in love, split up, and did DJ events throughout.

Afford Anything podcast and blog.

If you have an internet presence, You're choosing what stories to share publically. This creates an intrersic dynamic between who you are and who the world wants you to be. How do you resole that? Authenticity.

Paula was born Pragya in Nepal. She moved to Ohio and lived a typical American childhood. She had trouble integrating as a child and changed her first name to Paula.

Paula felt a split identity between the Nepalese Pragya and the American Paula. She had difficulty picking up on social cues like high fiving, and struggled defining who she should be.

Paula built up a blog and podcast audience, and knew what they wanted from surveys} but lost her mojo because she was letting others' voice define how to be creative.

Fundamentally, You're not responsible for how you're viewed, even if you're in the business of being liked. There's only one way to win: stop caring and start creating. Make something amazing, put it in the world, and get out of the way. Market, but don't contour to what others are telling you to do.

2. Authenticity is not giving a shit about should #

3. Authenticity is courage plus vulnerability. #

Feeling like your life is a mess and everyone else has their sh.at together is a common experience. # idhmit

On an expedition to Africa, Cassie asked herself why she was alive.

She got cast on Naked and Afraid. During the show, sitting naked in the dirt in Panama, she thought a lot about how she wanted her sales job driver life to be different. She decided to persue full time travel through investors and sponsors.

It was nerve wracking and intimidating for a young blonde American girl to be traveling to places like Yemen, especially being labeled as "on vacation". She found strength in remembering that everybody poops.

One of her scariest adventures was landing in Cuba without cash. Her taxi driver took her in and gave her the only bed on their concrete house.

If you're struggling to find a will to live, focus on what you want to leave behind.

Jonathan has been to every WDS!

Austin from the first cohort of the Wayfinding academy is sharing stories from other people in his cohort. It's... a school? For fostering art and travel? Sounds kinda like an Acton Academy for college-aged students.

wayfindingacademy.org has an active crowdfunding campaign.

Sang Nana by Manuel de Falla, which is a soprano piece.

Exercise: ask "who are you?" repeatedly to the person next to you. Everyone has multiple identities!

Mirna had a panic attack on the highway and decided to make some lifestyle changes. She started running and blogging at fatgirlrunning. Com. She shared stories of what she heard people saying to her while running, then got featured on the NYT and Runner's World and Women's Running Magazine.

At the photo shoot for women's running magazine, Mirna accidentally found herself boxing her mom in as too old to climb up the hell the photo was taken on.

Don't box people in (though sometimes your first impression can be spot on), otherwise you could limit their human potential.

What do all of Cathy's podcast guests on "Quit Your Day Job" have a common? Grit, radical empathy, and alignment.

Put a photo of yourself as a child next to your workspace. If you start being hard On yourself, reframe your thinking to be kind and encouraging to that child.

Shift "I want" energy to curious energy. Be interested, not interesting.

As you more up Maslaw's Hierarchy of needs, the questions get harder and more abstract. How the fack do you achieve self actualization? Putting yourself in a dangerous place means you can focus on the lower levels more concretely and ignore the higher cores (like Adam in Taliban-controlled Afghanistan).

When confronted with fear, Adam identified it as longer, which felt like a limitation, which he wanted to fight and break, which led to being cerfronted with new fears. this led him to topping out in Somalia, so he tried to hit the boundaries of what was possible, like seeing the edge of the grand canyon (or being 30 miles away from an oil field that was controlled by ISIS).

What Adam was effectively doing, thoughl was being directed by other people's known fears instead of following his own unknowns, like "being in the real world."

Adam wasn't really afraid of the middle east, so traveling there wasn't actually confronting fear. Identify what you real issues are and make a conscious choice to face them.

Kellee is the host of Travel channels "Mystery Islands," and was named "the most interesting woman in the world" for traveling by land (mantheeing), air (piloting). and sea (scuba diving).

Out of 45 pilots, 3 (including Kellee's) were chosen for air. Travel TV used to be hosted by experienced older white men, so Kellee knew she had to go above and beyond what they did. It was a seven year process, and was hard to keep going.

Kellee had to work through fear of the ocean to get through the mask removal in her SCUBA training, and her fear of heights to get through stall maneuvers in her pilot's training.

Lindsey is the host of a kid's science show.

Lindsey's childhood goal was to be a host on a kid's cooking show. She asked for ramickins for Christmas to practice making Soufles.

In school, Lindsey's teaches told her she was too loud. She bucked the female stereotypes in the Bible ( "women only being valued for the work they do" ) and culture (Cinderella is + talk passive) to be the first person in her family to go to college.

She quickly became the director of an ad agency at 25, directing multimillion dollar deals. she was unhappy there, and went from 6- figures to $500 a week to hang out with kids and figure out what she wanted to do.

A parent suggested recording YouTube videos of kids' activities. She asked a friend from Nickalodian to record her making play doh and realized she had a show!

14 months ago Lindsey quit her admin job to do her science show full time.

Lindsey launched a $50 k Kickstarter for the 4th season. She's dedicating an episode to WDS if she can raise $1 k from the audience.

Gerald wrote a piece on why a #metoo apology from Mario Batali was as bad as the attached recipe for cinnamon rolls.

Even before political blogging, she got rape and death threats on twitter. She started a project engaging the twitter abusers.

Online female harassment is a huge problem experienced by most women and it deeply harms them.

What can you do? Support and amplify marganilized people, keep your accounts secure, let websites know you're not satisfied with their policies, don't show your abuses they've upset you, reclaim shared online spaces by calling out abusers.