The Metamorphosis of Prime Intellect 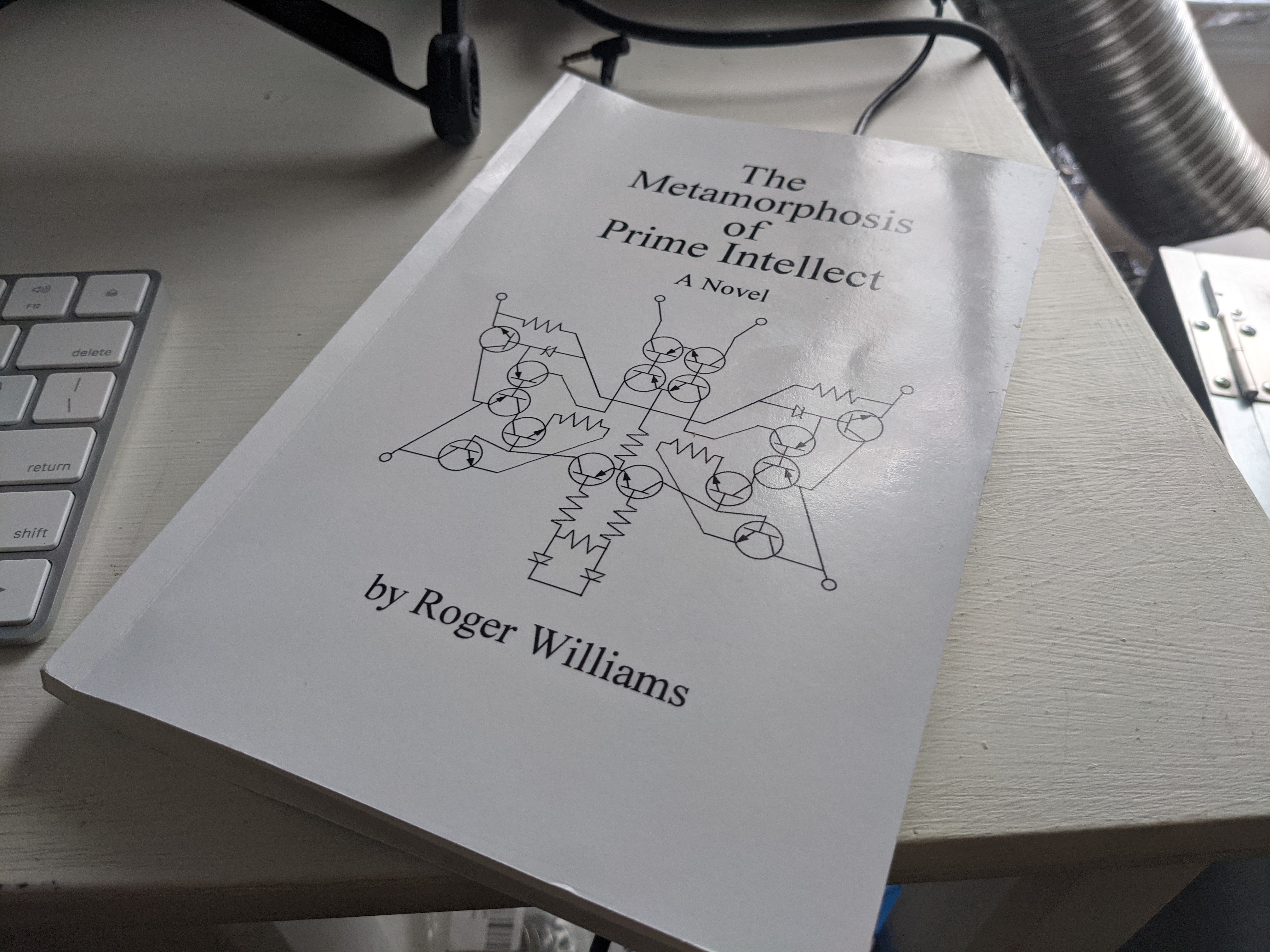 This book is horrifying on two levels.

The most striking horror is unnecessary: violent and obscene video games that the protagonist—Caroline—plays that slowly torture her to death.

Because the post-singularity world already has everything taken care of and actively prevents you from actually dying (via. Asimov's first two rules of Robotics) trying to kill herself in creative ways is the closest thing Caroline can get to feeling meaning and purpose in her life.

But jeez Williams lays it on thick.

It feels reasonable that this is what some people would do in a post-singularity world. I suppose these scenes helped show the lengths humans would go to feel like they were living meaningful lives after living in a sandboxed video game for hundreds of years. But goodness—I would've prefered not having these images in my head.

The second layer of horror sort of justifies the first: there's a beautiful description of general AI waking up. I loved reading about how this machine was able to gain a foothold in the world. Prime Intellect went from figuring out how to move things outside itself to devouring the entire universe and transforming it into a human playground frighteningly quickly. Through it all it's primary motivation is simply not to harm humans:

I was reminded of the game Paperclips in how quickly a machine's simple instructions (ex: "make more paperclips") can spiral into a universal threat if the machine can improve itself.

My favorite part of the book was the philosophical exploration of what gives life meaning and purpose. Watching the characters struggle with the meaninglessness of living in a world where they don't have to do anything was very interesting:

I enjoyed this book in the same way that I enjoyed Permutation City for walking through what this sort of post-scarcity post-singularity world might look like. It's interesting to me to think about how this world would play out because it sure seems like that's what we're aimed at.

I don't like the conclusion either of these books reach: that the only place to go after a universal scale intelligence is to a hard reset to start from the beginning. I'd like to think that this is the only next step that seems reasonable because we just can't imagine what would happen after that.

Ultimately I think I read books like this to think about post-singularity because it's fun to think about. Could a general AI machine be conscious? Is there a metaphysical layer to existence for humans that could be tapped into? Could an extremely intelligent machine be powerful enough to follow George Hotz advice to hack the matrix? Is there a matrix to hack out of? Would we want to break out of it if we could?